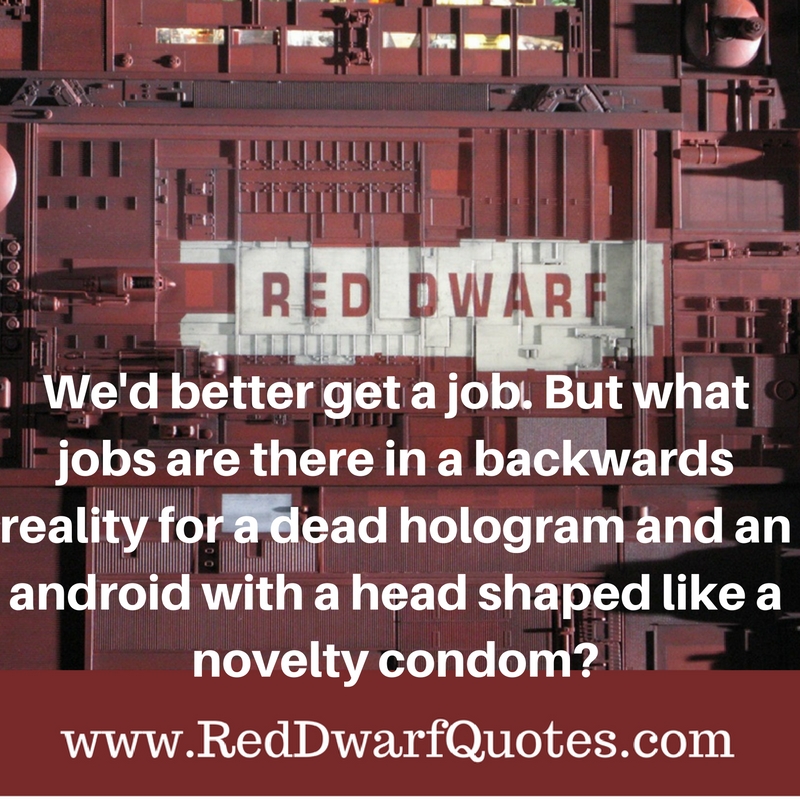 We ‘d better get a job. But what jobs are there in a backwards reality for a dead hologram and an android with a head shaped like a novelty condom?

BUT WHAT JOBS ARE THERE IN A BACKWARDS REALITY 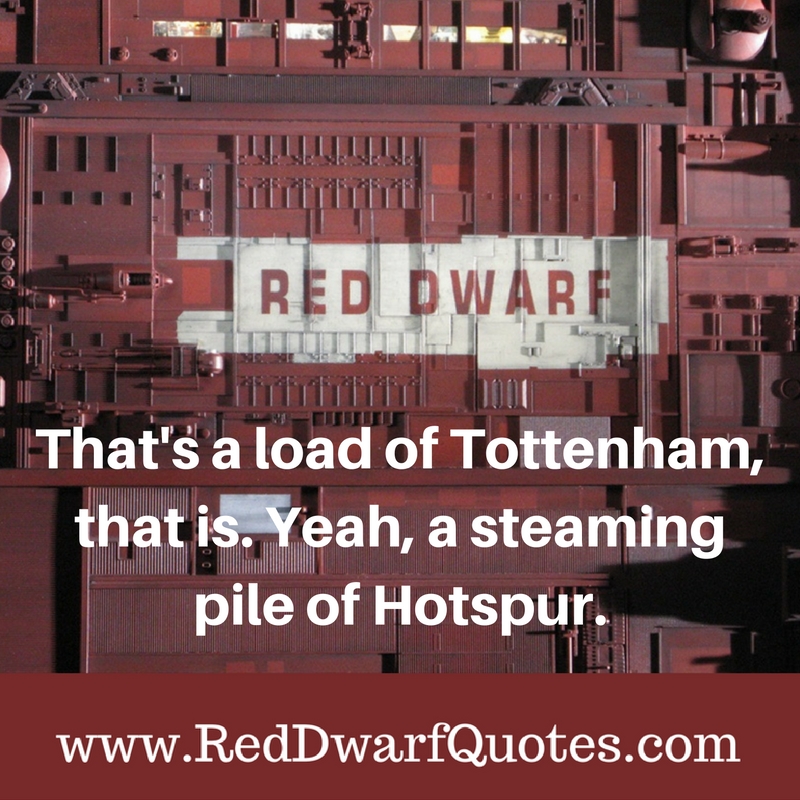 That’s a lot of Tottenham, that is. Yeah, a steaming pile of Hotspur. 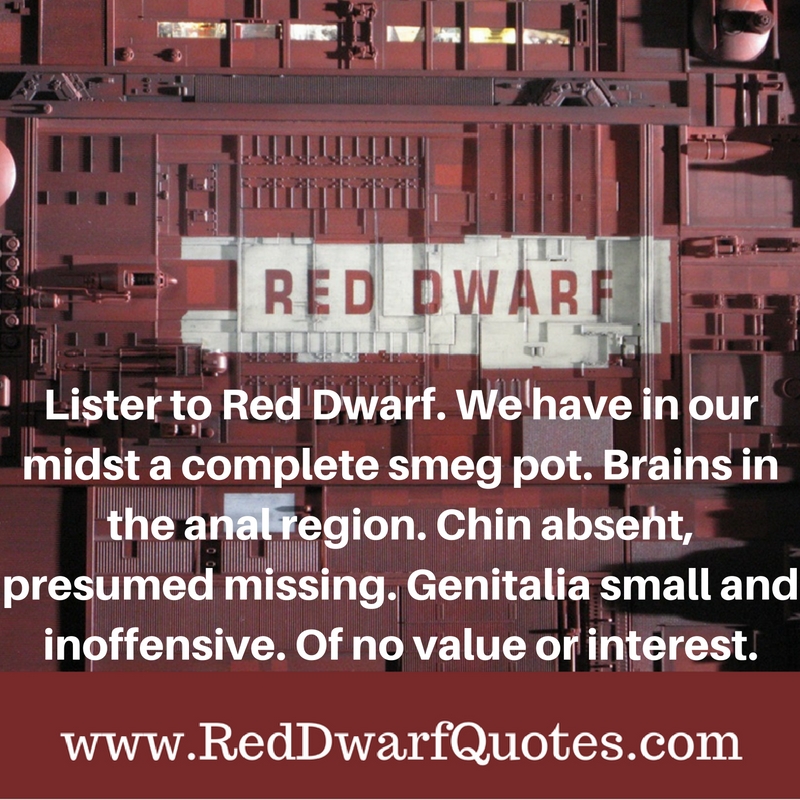 GENITALIA SMALL AND INOFFENSIVE. OF NO VALUE OR INTEREST 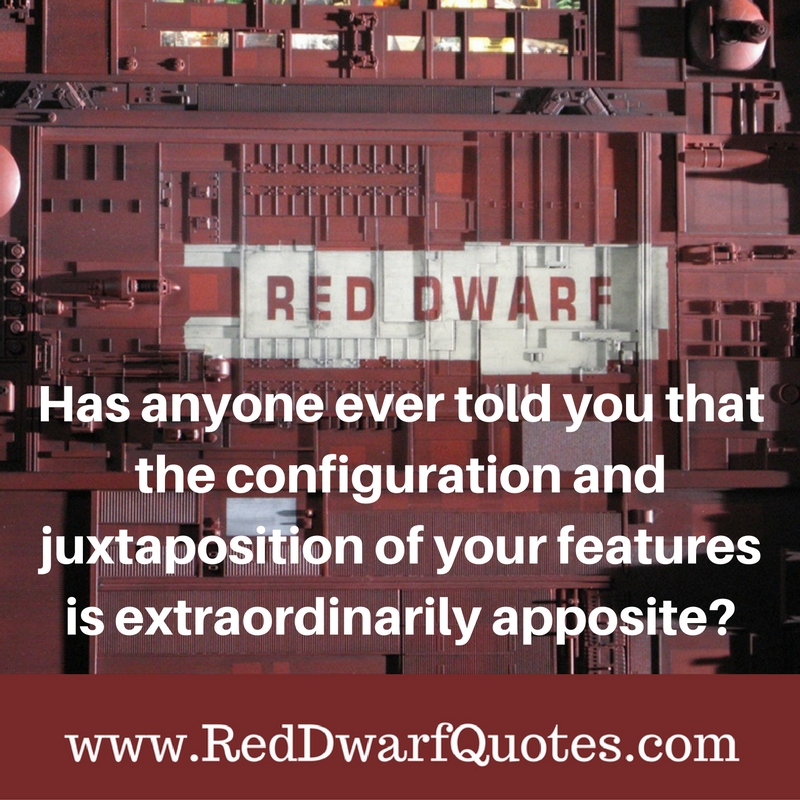 Has anyone ever told you that the configuration and juxtaposition of your features is extraordinarily apposite?

THE CONFIGURATION AND JUXTAPOSITION OF YOUR FEATURES IS EXTRAORDINARILY APPOSITE 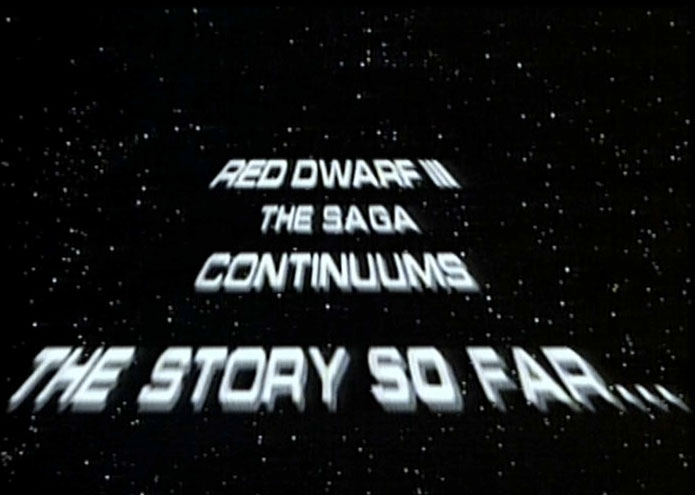 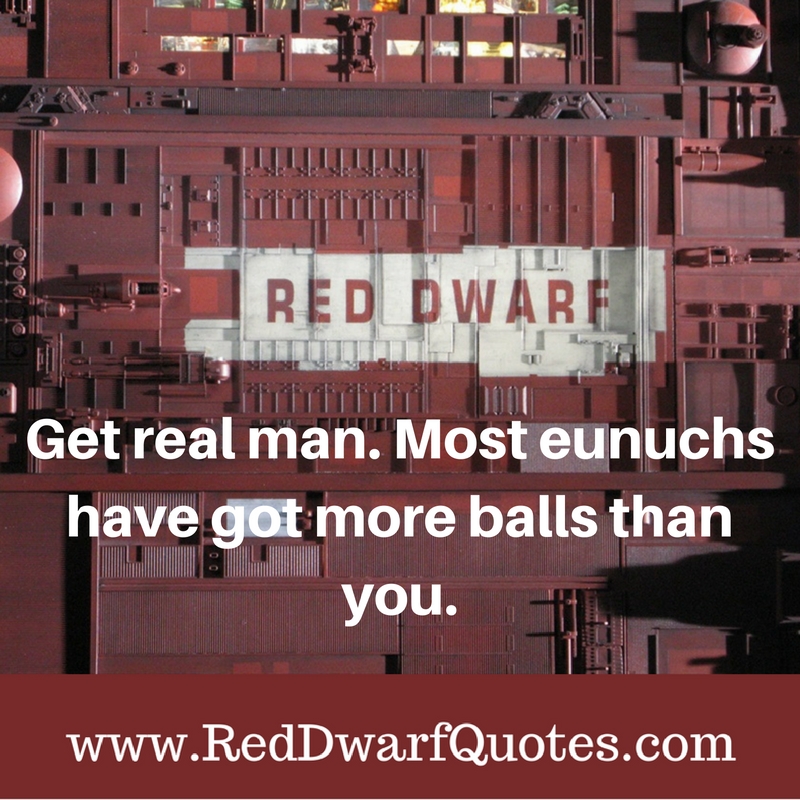 Get real man. Most eunuchs got more balls than you.

MOST EUNUCHS HAVE GOT MORE BALLS THAN YOU 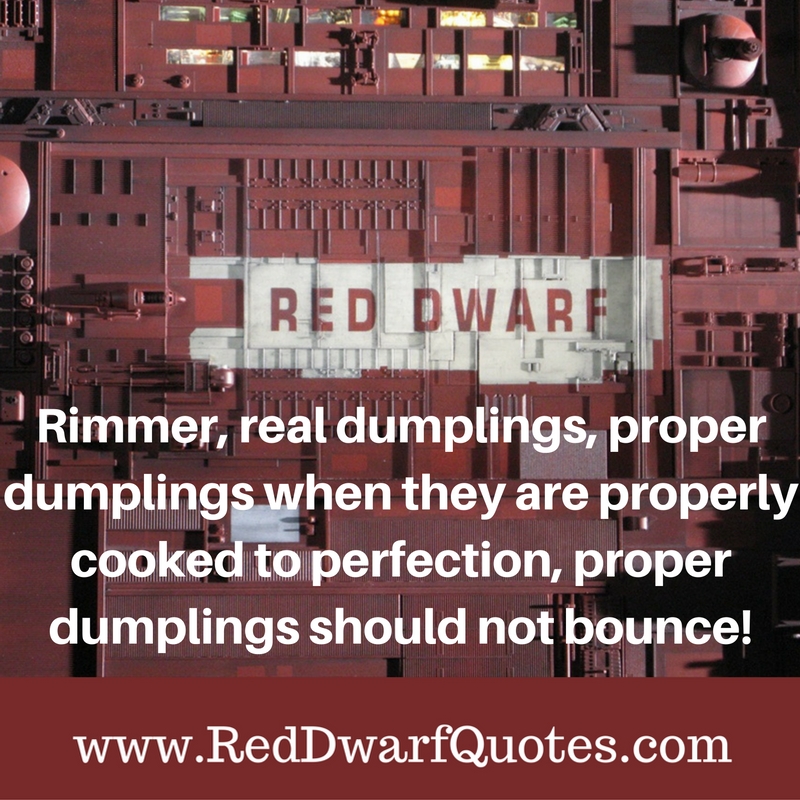 PROPER DUMPLINGS SHOULD NOT BOUNCE 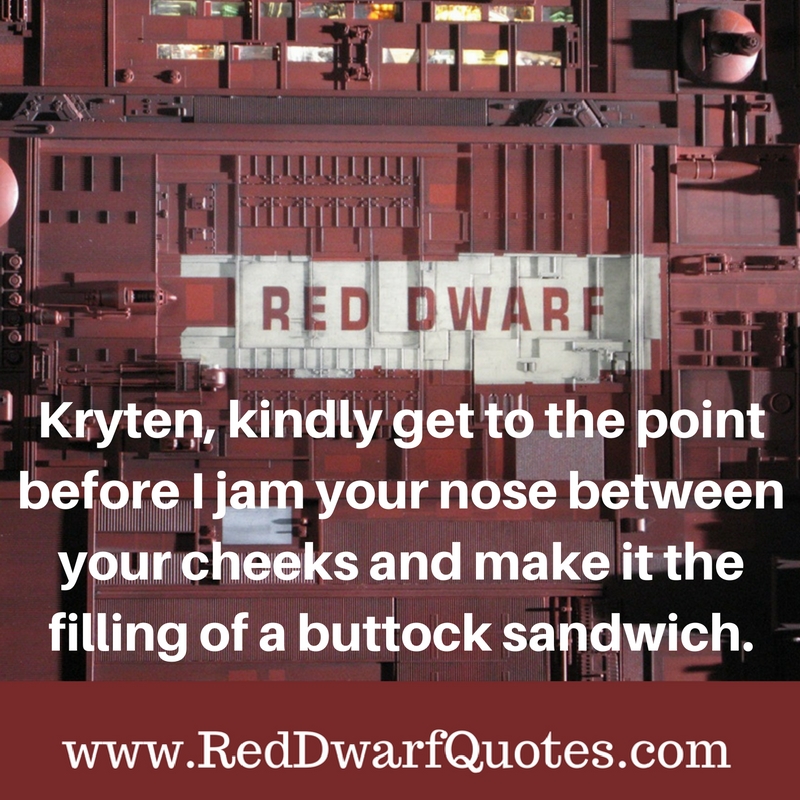 Kryten, kindly get to the point before I jam your nose between your cheeks and make it the filling of a buttock sandwich.

KRYTEN, KINDLY GET TO THE POINT BEFORE I JAM YOUR NOSE BETWEEN YOUR CHEEKS 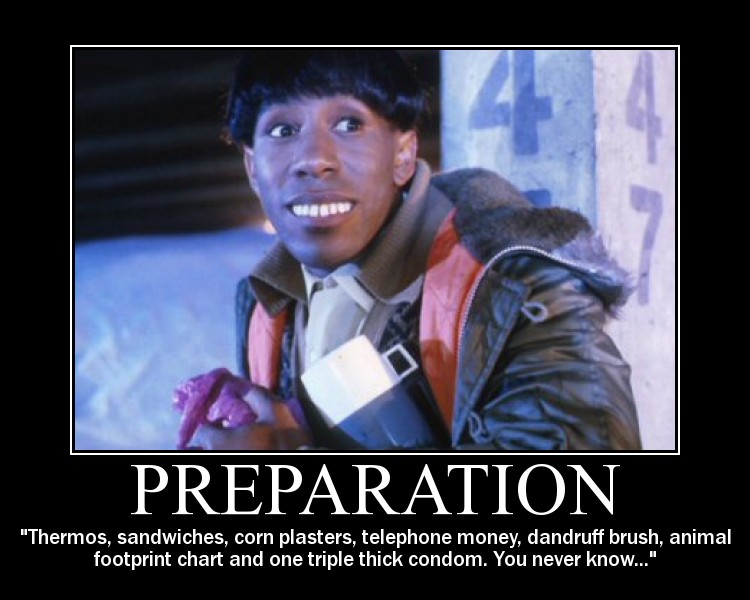 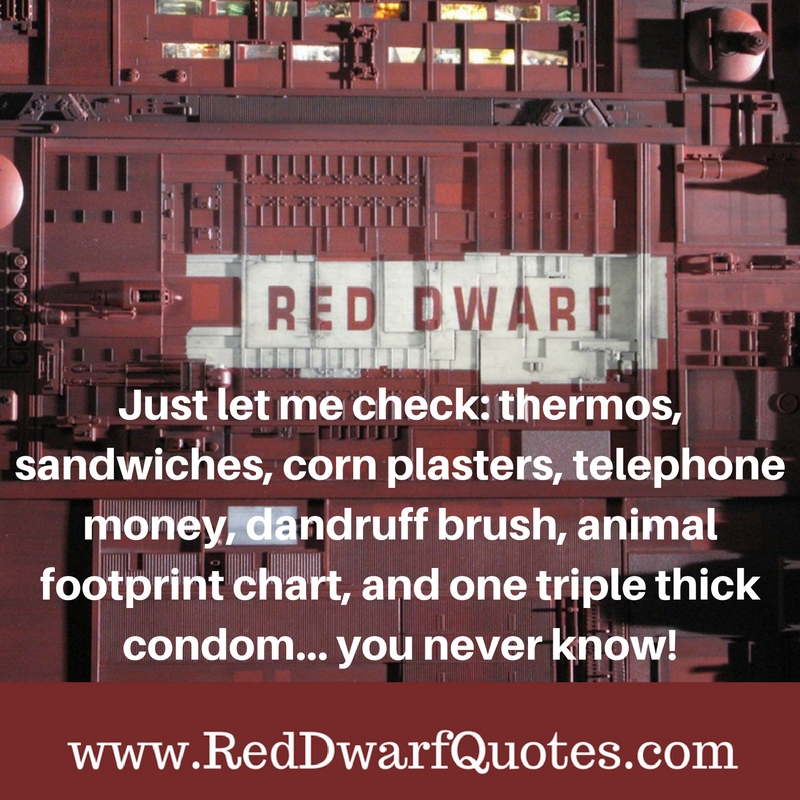 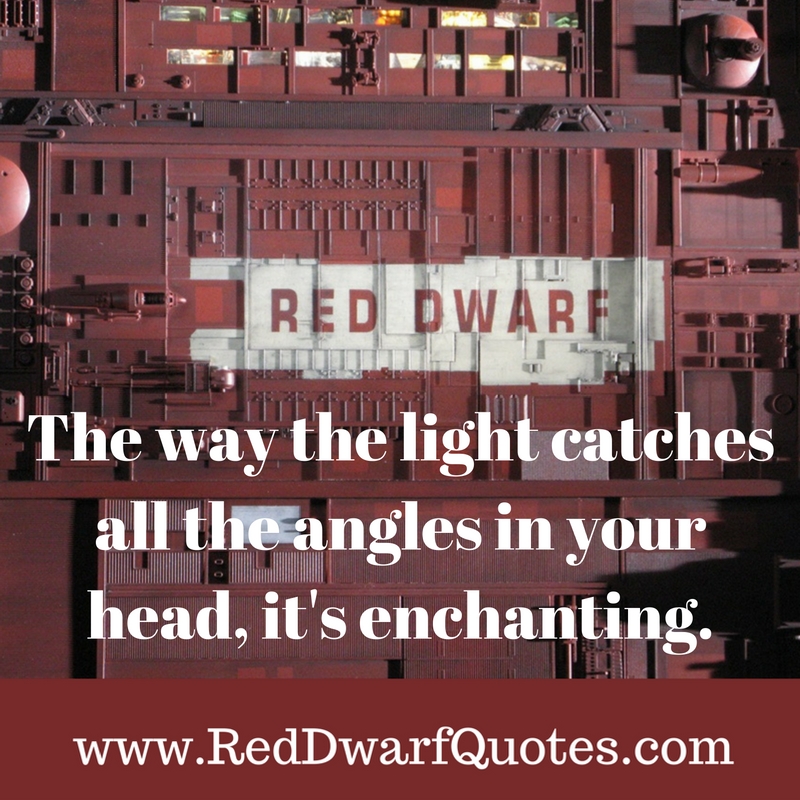 The way the light catches all the angles in your head, it’s enchanting.

THE WAY THE LIGHT CATCHES ALL THE ANGLES IN YOUR HEAD, IT’S ENCHANTING