The second series of Red Dwarf was broadcast in 1988, and consisted of 6 episodes. Here’s more about Red Dwarf Series 2 with scripts and quotes!

The second series drew on some of the winning elements of the first, with the dynamic between Lister and Rimmer, the Cat and Holly.

We also see the introduction of newer elements, namely a vehicle to get the characters off the ship from time to time (Starbug), and a taster of a character known as Kyrten!

These are the episodes from the 2nd series:

Red Dwarf intercepts an SOS distress call from the Nova 5, which has crashed on an asteroid. Much to their disappointment, the crew (who are expecting to find female crew members) find only one survivor: Kryten, a service mechanoid with too much guilt that cannot be turned off! Lister wants teach him how not follow orders and Rimmer wants to exercise his authority. 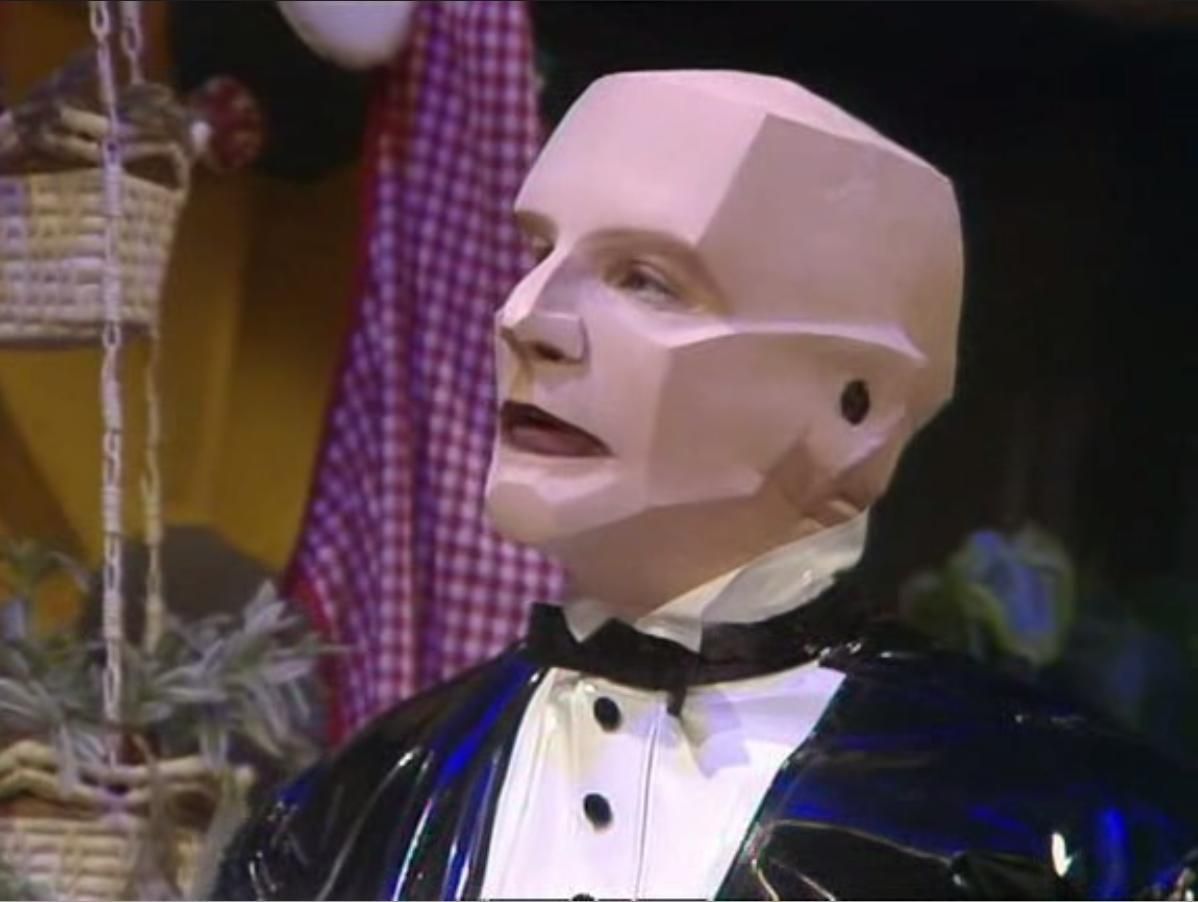 A post pod carrying a three-million-year old bag of mail arrives, and Rimmer becomes depressed when he reads the letter saying his dad is dead. Meanwhile the crew play a total immersion computer game called “Better Than Life” where your wishes come true–Rimmers neurotic brain takes this to heart in an unexpected way. 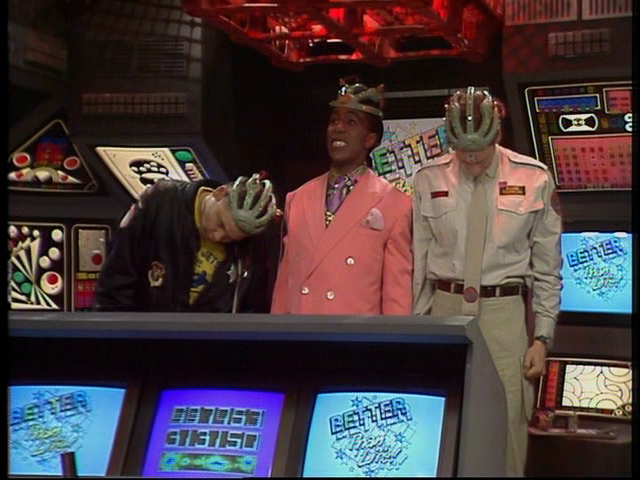 Thanks For The Memory

The crew wakes up after celebrating the anniversary of Rimmer’s death, only to find four whole days have passed they had no memories of. However, when they found the ship’s black box on a moon nearby and slowly learned what happened in that time span; it was more than just not remembering partying dead drunk for 4 days straight. 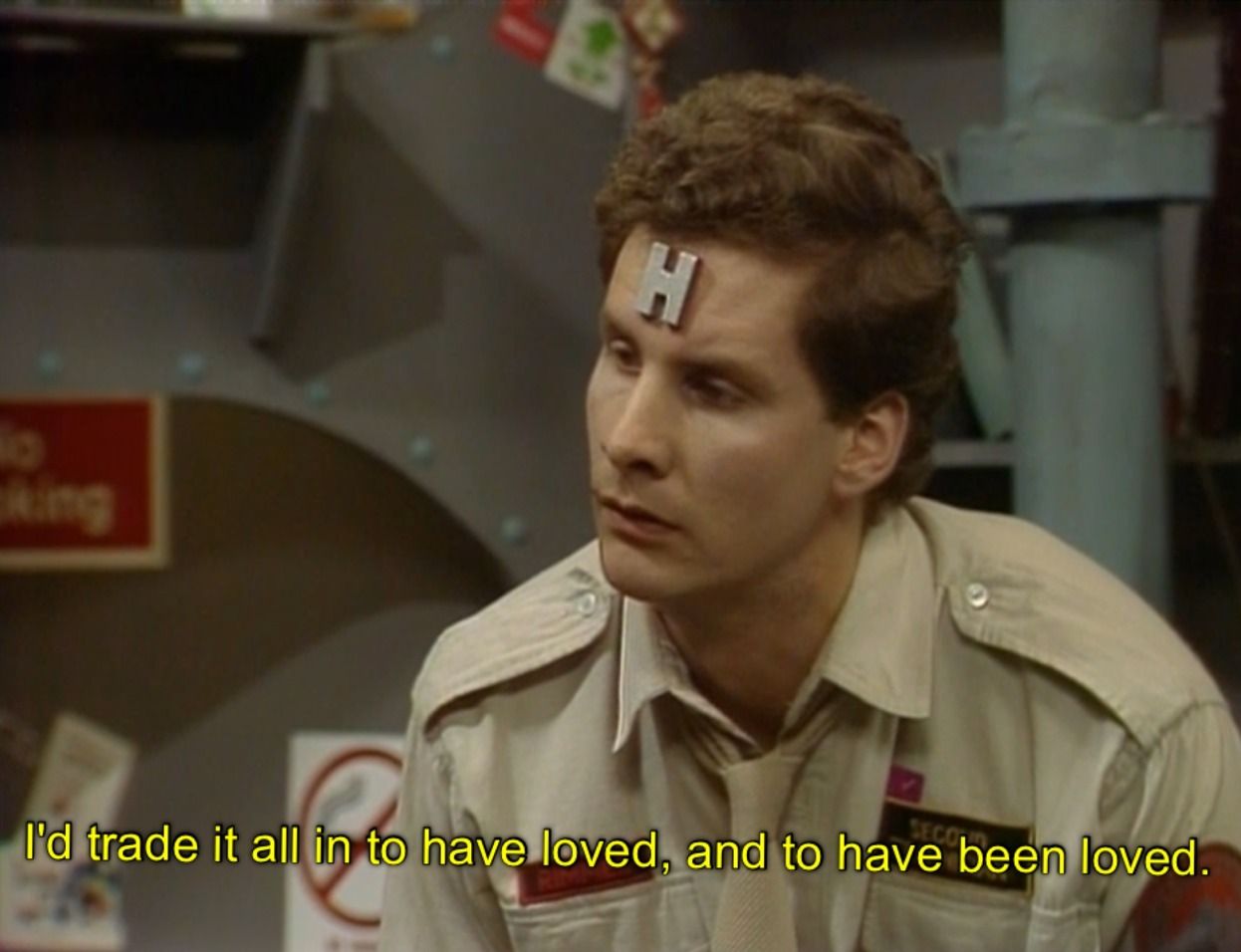 Read the full script here: Red Dwarf Series 2 Episode 3 Thanks For The Memory

The crew of the Red Dwarf time-travels back in time and find an opportunity to change history. Rimmer and Lister both try to change something they don’t want, but it doesn’t work out as planned for either one. 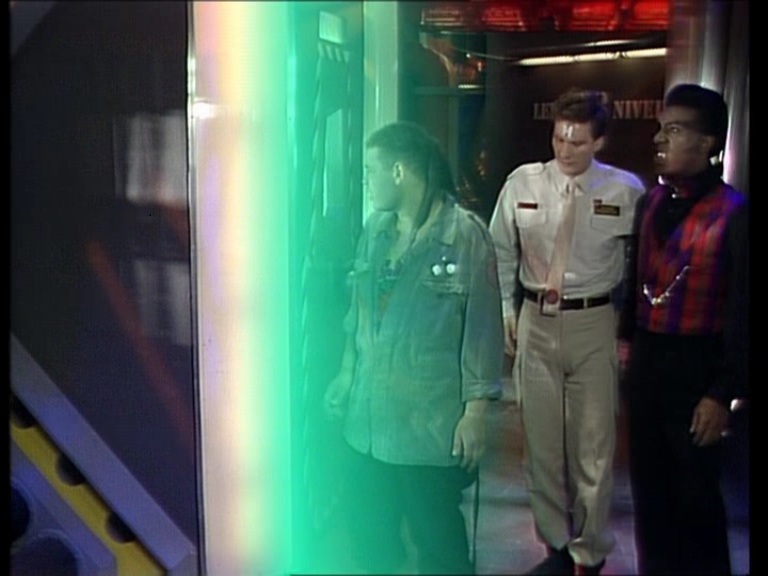 When the ship’s “senile” computer, Holly, allows a meteorite to damage the ship, the crew lose faith in him. Queeg 500 takes command of Red Dwarf with an iron fist while punishing any infraction severely. Perhaps a game of chess will decide everyone’s fate?

The crew test Holly’s new invention, the “Holly Hop Drive”. As a result, Red Dwarf enters an alternate parallel dimension where they encounter opposite versions of themselves – Cat instead encounters his opposite version Dog, Lister gets drunk and sleeps with himself and later he finds out that he is pregnant! 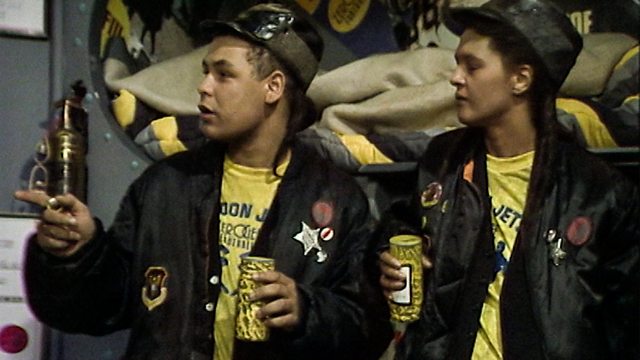