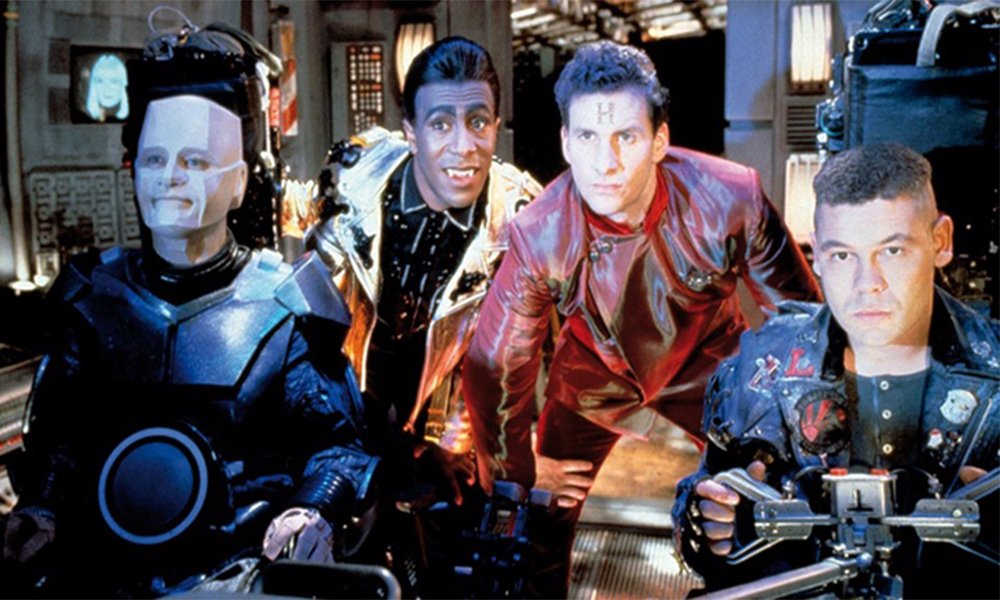 The fifth series of Red Dwarf first aired in 1992, and is often thought to be one of the best series of the Sci-Fi TV Comedy.

Consisting of six hilarious episodes, writers Rob Grant and Doug Naylor ended up directing some of the episodes due to Ed Bye being unavailable.

The main cast members of of the fifth series were:

The six episodes are shown below, where you can also go and check out the full scripts foe the entire fifth series.

Rimmer is kidnapped by the Holographic crew of a Holographic space ship, while an obnoxious and arrogant Binks gives an insulting review of the rest of the crew. 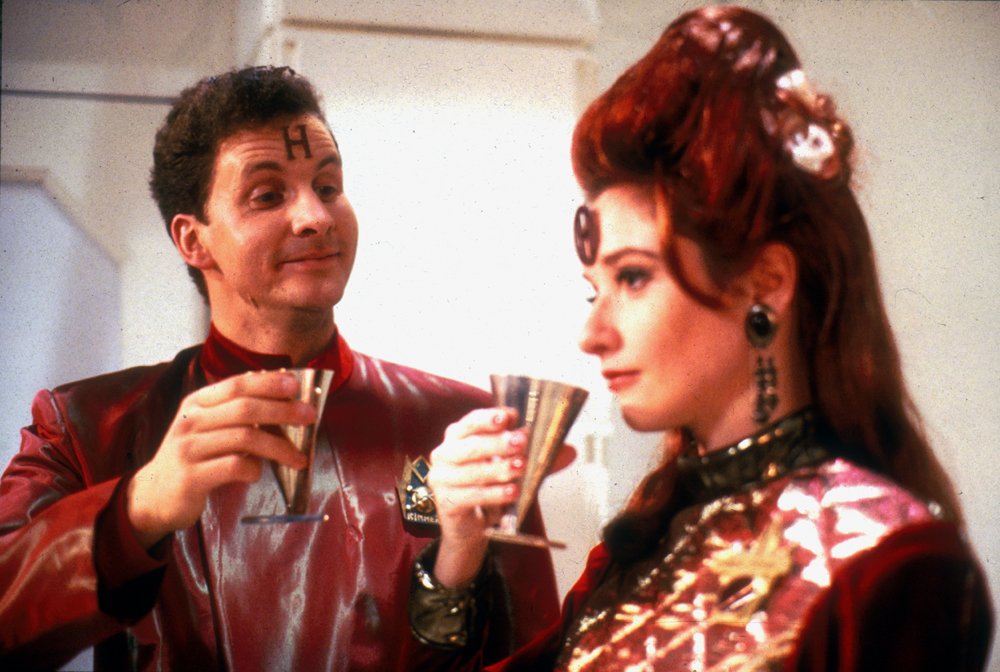 Rimmer discovers that life on the Holoship is all he ever dreamed of and decides he wants to join them. After falling in love with Commander Nirvanah Crane, what will happen though?

The inquisitor, a robotic life form who has established himself as judge, jury, and executioner of all humanity throughout history, is encountered by the Red Dwarf crew. 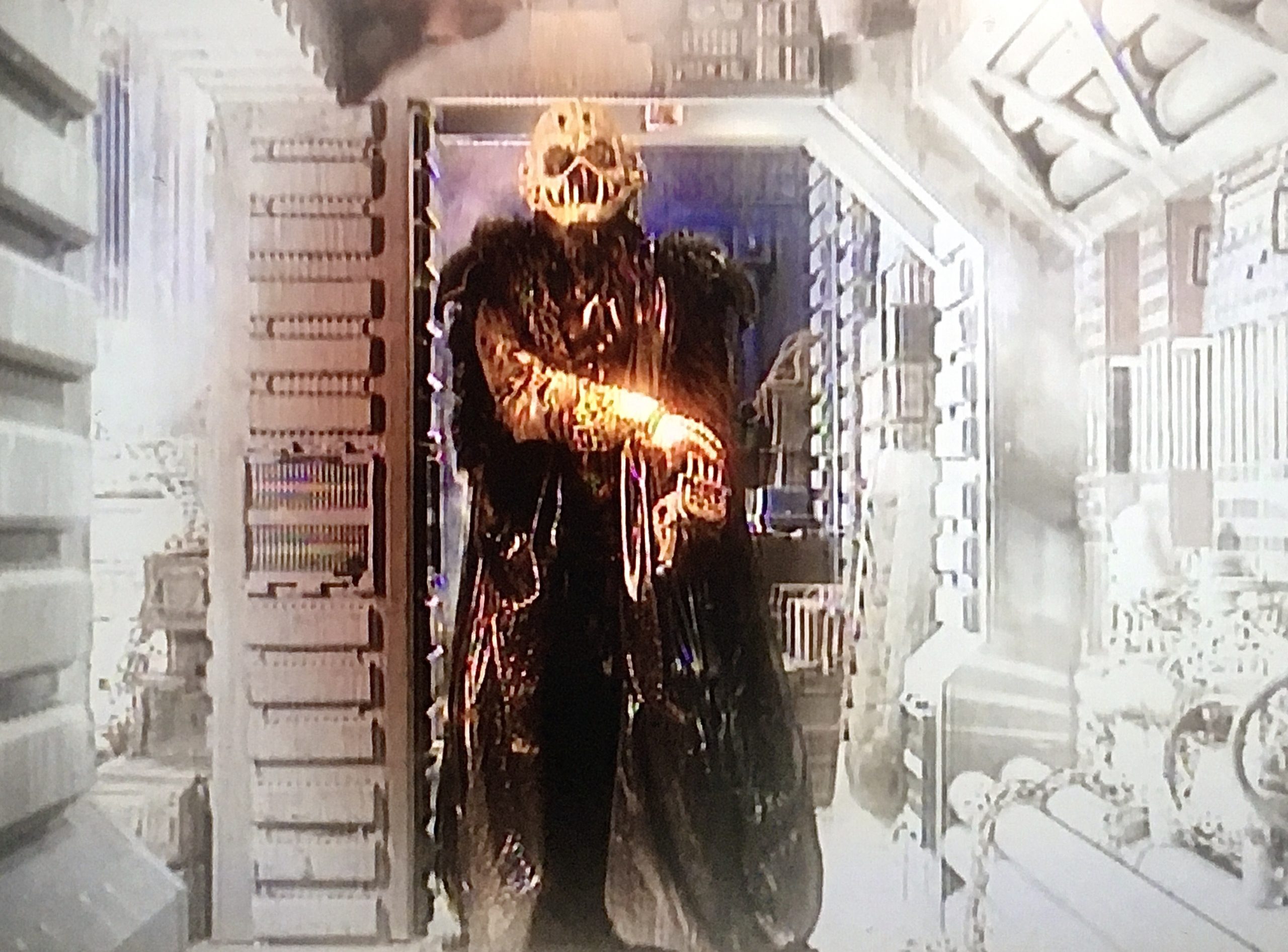 You are erased and re-created if he decides your existence hasn’t been deserving enough. The Boys from the Dwarf might be in trouble!

When Lister, Kryten, Cat, and Holly go on a trip to an artificial moon where Rimmer has been kidnapped, they discover that it’s actually Rimmer’s mind. 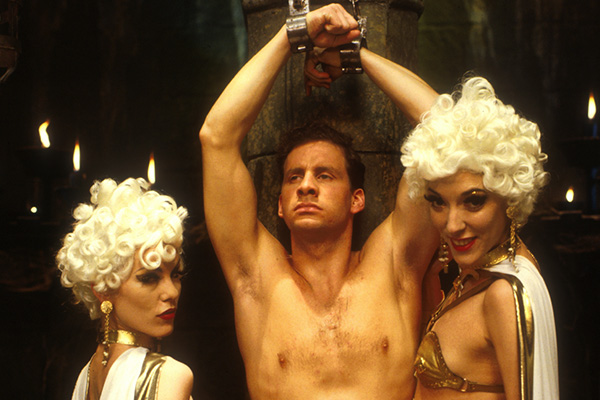 Lister, Cat, and Kryten discover an abandoned research centre on a frozen planet and return to Red Dwarf. 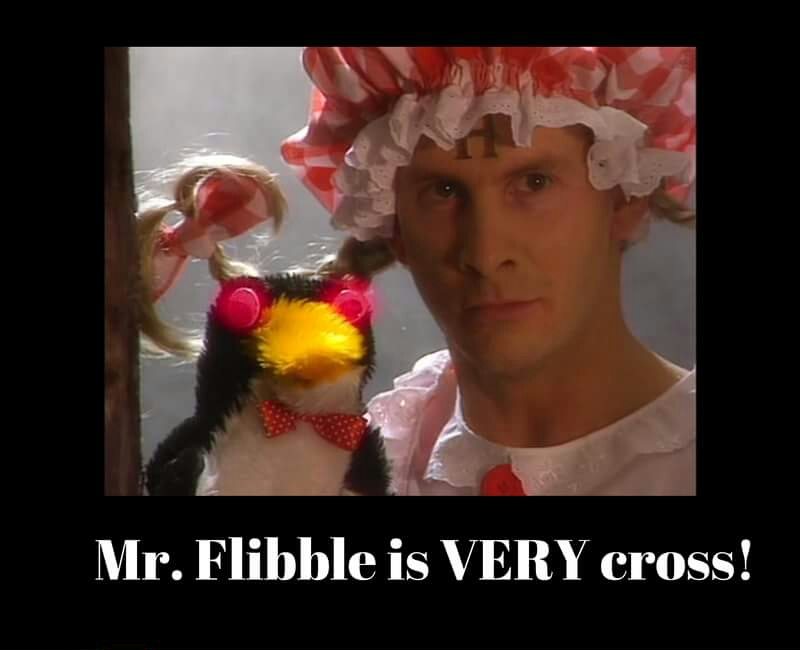 Lister, Cat, and Kryten have been sentenced to Quarantine for three months as a result of Rimmer’s infection with a holo virus. Or is Mr. Flibbles in charge?

A machine capable of producing duplicates of an item goes awry, causing Red Dwarf to explode. 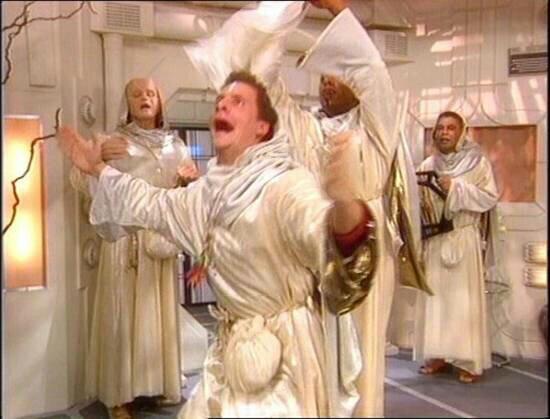 The entire crew of the Red Dwarf find that the machine has generated two copies of Red Dwarf: one containing its good and bad sides.

The Red Dwarf investigates an ocean liner, The Esperanto, where they come upon the crew who have all committed suicide and are slain by a sea monster known as The Despair Squid. 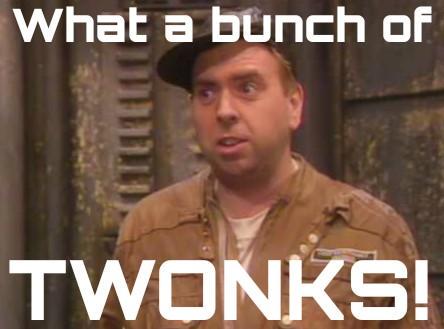 The gang wake up to discover that they are not who they believed themselves to be and have been playing an artificial reality computer game for four years.

Here are some popular questions about the mining spaceship Red Dwarf TV series:

Is Red Dwarf coming back?

After The Promised Land (which may or may not have been Red Dwarf Season 13), the main cast have said they are up for reuniting for future specials.

The official version, is that after filming six series of the sci-fi sitcom, Chris Barrie decided he needed a break from playing hologram Arnold J Rimmer. He appeared in a few episodes of Series 7 Red Dwarf, and returned as a full cast member for Series 8 Red dwarf and onward.

What is the best series of Red Dwarf?

Series 5 and Series 3 of Red Dwarf are often acknowledged to be the strongest of the Red Dwarf Series in terms of writing, production, and acting.

When did Red Dwarf end?

Red Dwarf hasn’t officially ended, as the cast have often times mentioned they are open to future red Dwarf specials.