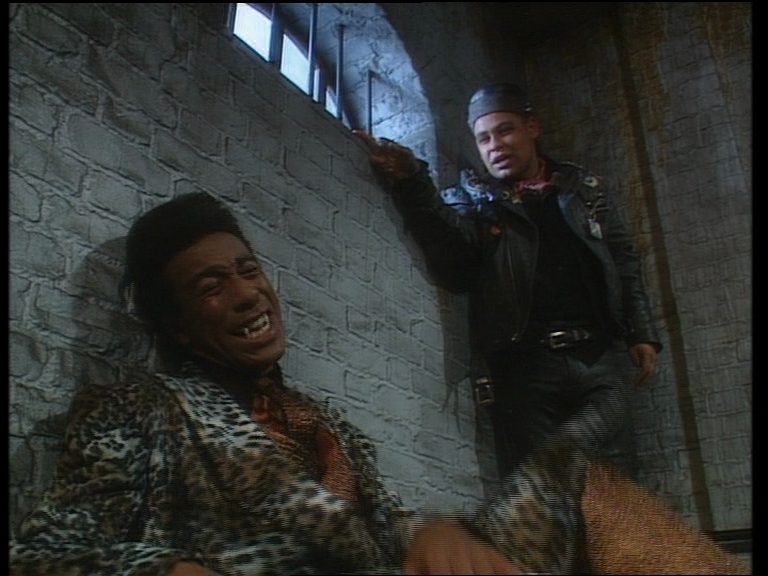 The fourth series of Red Dwarf aired between February and March 1991. Arnold Rimmer was played by Chris Barrie, Dave Lister by Craig Charles, Cat by Danny John-Jules, Kryten by Robert Llewellyn, and Holly by Hattie Hayridge.

As with previous series of Red Dwarf, the 4th series consisted of 6 episodes.

Some of the highlights include Rimmer leading Arnie’s Army into battle, and Kryten finding love.

We also get introduced to Ace Rimmer – an alter-ego that makes appearances in future Red Dwarf Series.

Here’s a look at each episode of the fourth series of Red Dwarf.

On a wrecked ship, Kryten finds his ideal woman, but she seems to be everyone’s perfect match. What’s with tha? 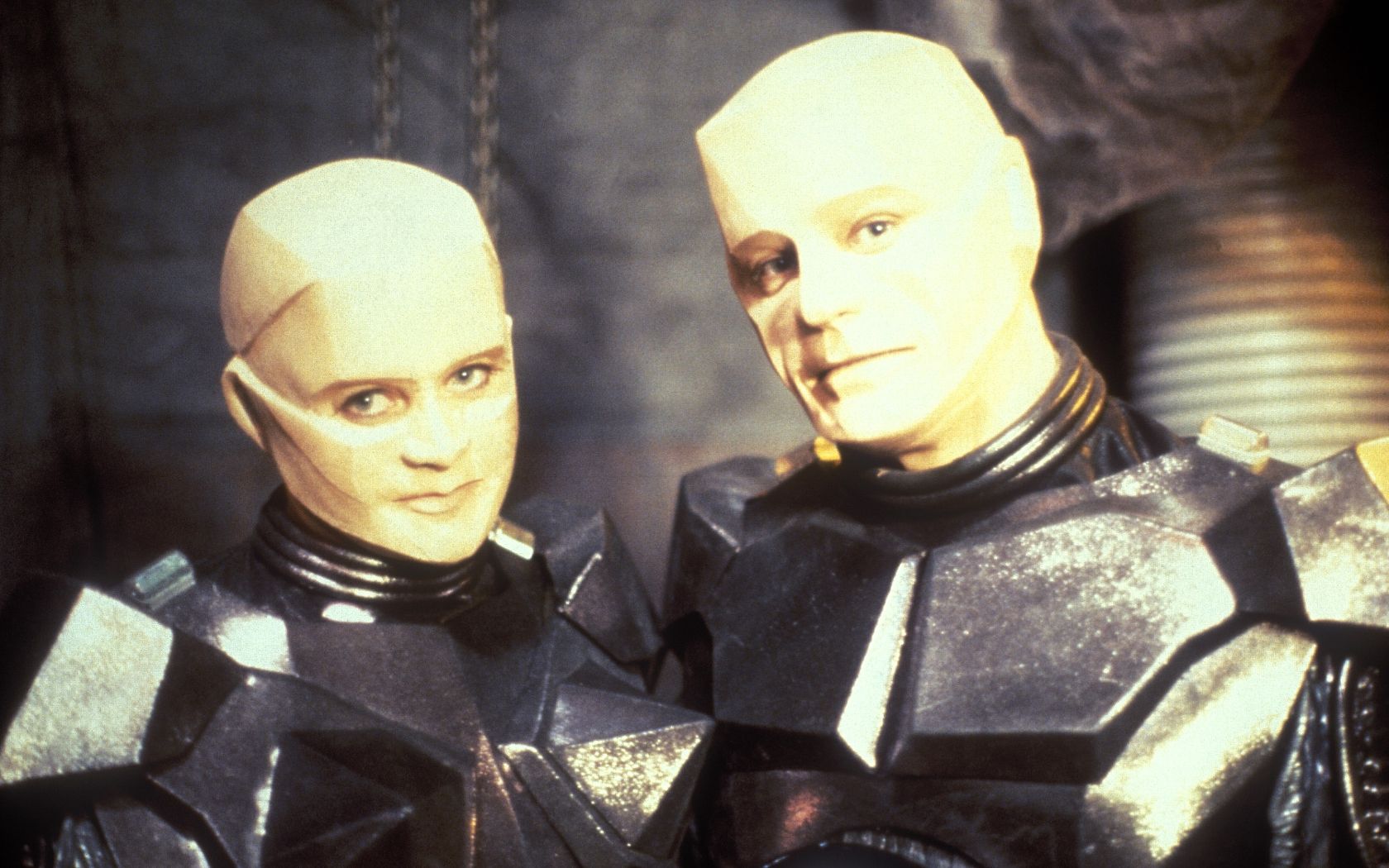 Kryten is transformed into a human and Lister’s Vindaloo is changed into a bloodthirsty curry beast, all thanks to one odd machine. 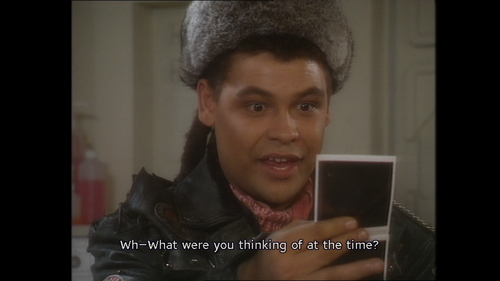 “Kryten, I don’t care what model it was. No vacuum cleaner should give a human being a double polaroid. Do yourself a favour, man, change back.”

Rimmer is sentenced to 9000 years in prison by the computer at a prison station, which found him guilty of murdering the crew of the Red Dwarf. 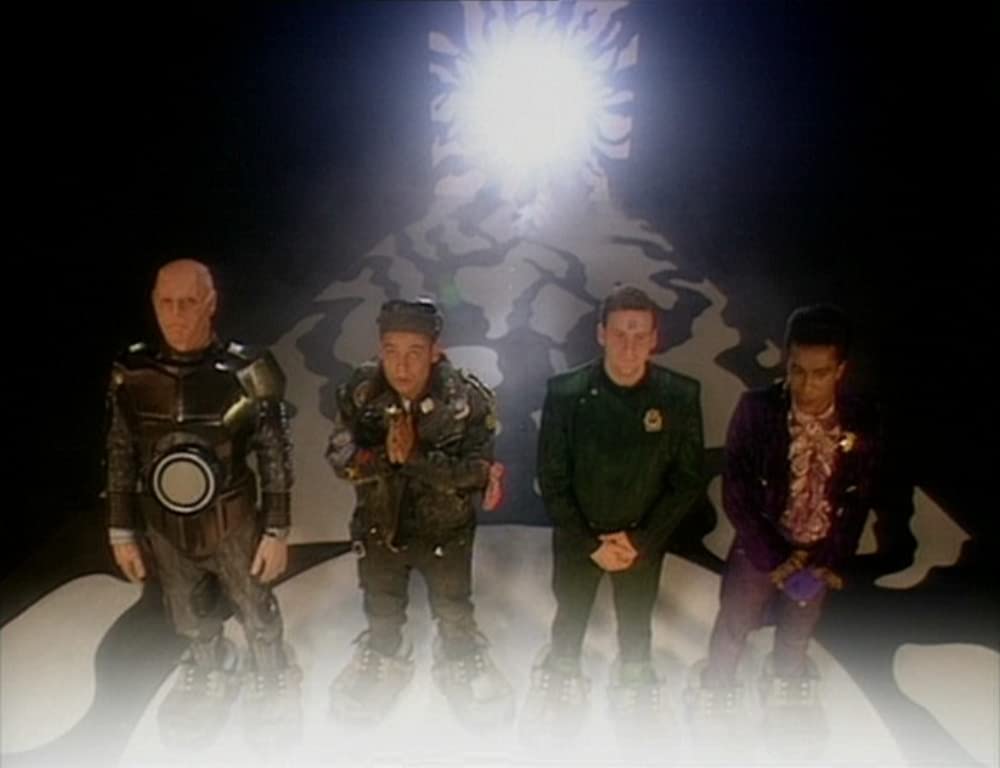 “Who would put this man, this joke of a man, a man who couldn’t outwit a used tea bag, in a position of authority where he could wipe out an entire crew? Who? Only a yoghurt. This man is not guilty of manslaughter. He’s only guilty of being Arnold J. Rimmer. That is his crime. It is also his punishment. Defence rests.”

After a failed procedure to improve her intellect puts the spaceship on course with a White Hole, there’s only one chance in a million that Holly may be saved. 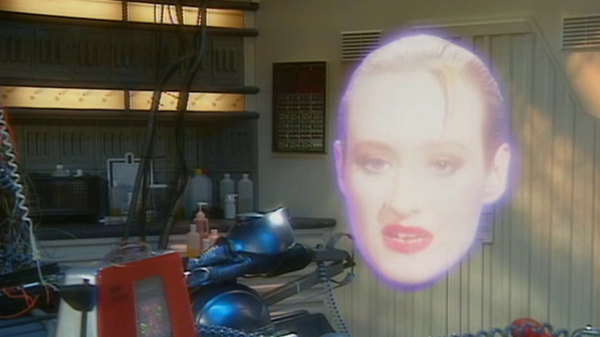 “Howdy doodly do! How’s it going? I’m Talkie — Talkie Toaster, your chirpy breakfast companion. Talkie’s the name, toasting’s the game. Anyone like any toast?”

Ace Rimmer, the brave counterpart of Arnold who has arrived from another dimension, crashes into Starbug. 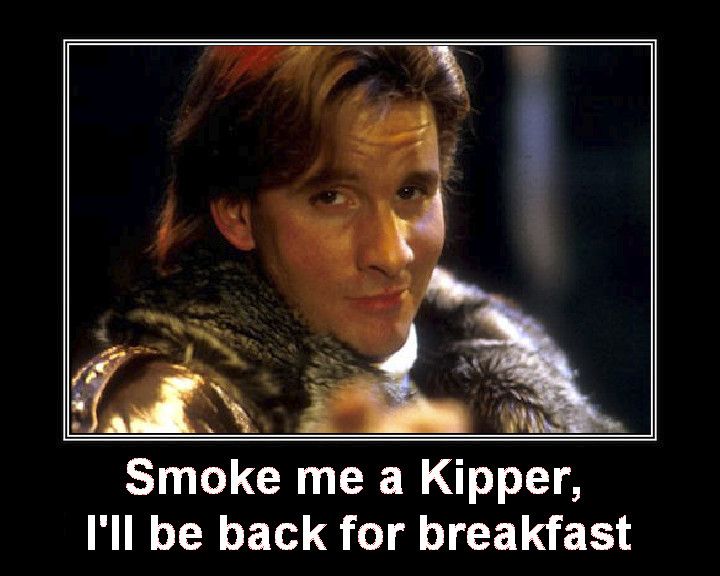 “There’s some sort of disruption to the time-fabric continuum. At least, I presume that’s what it is, it’s certainly got all the signs. There’s this big wibbly-wobbly swirly thing that’s headed straight towards us.”

The crew is sent to a planet where waxdroids of revered historical figures are engaged in the last battle after a test-run on the matter paddle. 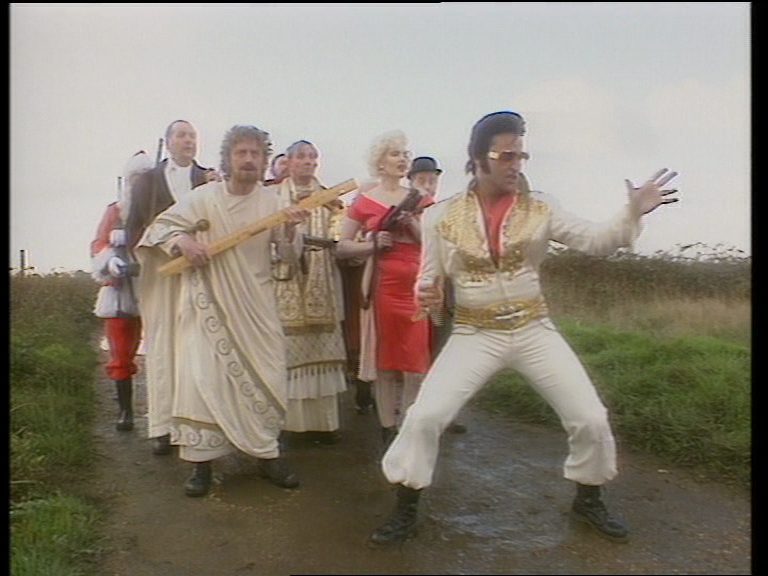 “Well, you’re quite the worst bunch of famous historical wax droids I’ve ever had the misfortune to clap my eyes on! You’re a total bloody shambles, and if we’re going to win this war, someone is gonna have to turn you into soldiers, and that someone, ladies and gentlemen, is ME.”